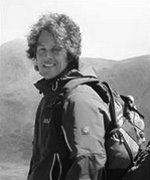 Ex-whiz-kid Riemer always believed he would be a game developer, until his master thesis convinced him of the beauty of electronics. After going for a PhD on real-time 3D cameras, he co-founded a company designing 3D cameras now distributed by several major California-based companies. As such, he had the rare opportunity to lead a hardware patent from prototype to mass-production. At the same time, he created the largest site with tutorials on XNA, reaching more than 7000 daily pageviews and 2000 registered community members. Additionally, Riemer authored 3 books on XNA with positive reviews. He received the Microsoft MVP award in 2007, 2008, 2009 and 2010 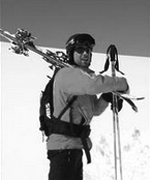 After obtaining a Master in Business Engineering, Bruno pursued several technical jobs before refocusing towards marketing. He joined Sony and quickly moved towards Key Account Manager, dealing with distributors on a daily basis. Next to that, Bruno is well-known in the entrepreneurial scene, constantly looking for new business ideas and eager to launch his own start-up. With LabNation, he is looking forward to take a more leading role.

Intrigued by the mystery of computers, Jasper studied electronics engineering to learn how a dumb 50Hz sine wave can fuel such a wonderful machine. At the age of 12 he wrote Tetris in Basic, at 14 he demystified HTML and CSS and when he finally got an internet connection at home, he became passionate about the open source movement when he found out about Linux. After his studies he went on to work with Riemer, learning about FPGAs and embedded ARM SoCs as they developed 3D cameras. He is the digital guy who prefers C over Java. The LabNation web developer and SmartScope all-round engineer. 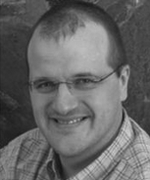 Maarten is the live version of Wikipedia of Electronics. His research projects have resulted in two spin-offs which have grown to a total of 120 employees, of which one has recently been acquired by Microchip in November 2013. Nevertheless, he stays true to his passion: teaching parttime classes as Professor to Master students in Electronical Engineering at the University of Brussels. Maarten acts as mentor to the SmartScope project.